Home About Us 7000 Languages

The mission of 7000 Languages is to offer the best available technology for free use by speakers and supporters of languages largely ignored by commercial interests, "the earth's other 7,000 languages." 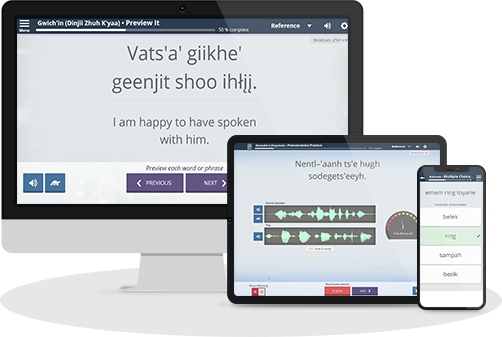 7000 Languages is a nonprofit organization that makes world-class technology, donated by Transparent Language, available to language teams working with lesser-known and under-resourced languages.

The program began in 2009 as Transparent Language's Heritage and Endangered Languages Preservation Program (H.E.L.P.P.), which worked with partner organizations to develop courses in Ojibwe, Balinese, and many other languages.

In 2013, H.E.L.P.P. expanded into the 7000 Languages Project, which brought in expert organizations like the National Council of Less Commonly Taught Languages (NCOLCTL) to select, train, and support language teams. The expanded program allowed Transparent Language to share its technology with more language advocates than ever before.

In 2016, taking the next step to be able to serve even more communities with even more powerful technology and support, Transparent Language, with the help of knowledgeable and caring friends, re-shaped the program once again, to become 7000 Languages, an independent nonprofit organization with a dedicated staff, a new Board of Directors, and a big vision. 7000 Languages continues to receive the same world-class language-specialized technology and support from Transparent Language, but is now set to up to more strongly leverage and exploit that unique technology, along with other superior technologies and resources, for the benefit of under-resourced language communities worldwide.

The 7000 Language Project was a beloved charitable initiative within a commercial company, Transparent Language. It has now become 7000 Languages, an independent nonprofit organization dedicating 100% of its time and resources to its sole mission of providing the best available technology and support to the speakers, communities and advocates of languages largely ignored by the commercial world.

The number of such languages is not exactly known, and is in any case sadly decreasing with time as languages are lost despite the efforts of many dedicated people and organizations, but today there are roughly 7000. Let's work to hold that number.

For further information on 7000 Languages, please contact the organization directly at: info@7000.org.

Member of the Alliance for Linguistic Diversity

Other resources of endangered language projects 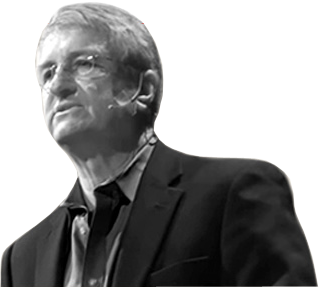 “We live in an age of global interaction. No language is so small that no one needs to learn it. If we could, we would provide learning material for all 7,000 languages in the world.”
- Michael Quinlan

Transparent Language has long been committed to supporting the learning and teaching of languages, regardless of how remote or small the community for that language. Our CEO, Michael Quinlan, once put it this way: "We live in an age of global interaction. No language is so small that no one needs to learn it. If we could, we would provide learning material for all 7,000 languages in the world."

The first official 7000 Languages Facilitation Organization is NCOLCTL, the National Council of Less Commonly Taught Languages. The NCOLCTL 7000 Partnership was announced during the opening plenary session of the 2013 NCOLCTL Annual Conference in Chicago on April 26, 2013.

SIL International is dedicated to supporting ethnic minority communities who want to keep their languages and cultural identities alive and thriving for future generations.

The world's indigenous peoples are experiencing unprecedented pressures in the 21st century that threaten their survival. SIL offers training and resources for mother-tongue schooling, adult literacy, developing alphabets for unwritten languages, translation of Scripture and health materials, and more. When school is taught in the language that students understand, when adults can learn to read and write their language for the first time, when the community has the skills to document their language and traditions for future generations or translate resources into the mother tongue... everyone wins.

Since its founding in 1934, SIL has been involved in language development partnerships with more than 2,000 language communities in more than 100 countries. The organization shares its research though the Ethnologue and the SIL Language & Culture Archives. SIL's software developers provide resources for the digital age, including fonts for complex scripts and tools for creating literacy materials or storing and analyzing language data.

Langscape is an ambitious project to increase understanding of language diversity through visualization and aggregation of knowledge. Langscape starts with an interactive map of around 6400 languages worldwide with links to detailed information about each language, such as demographics, language families, sound systems, bibliographies, raw sound and text. Langscape includes information from multiple language database projects, each of which reflects deep expertise in specific regions, language types, or levels of analysis.

Langscape, coordinated by the Maryland Language Science Center of University of Maryland, seeks to make the remarkable contributions of these many individuals and organizations more accessible, useful, and sustainable.

Doyon Foundation was established as a 501(c)(3) charitable organization in 1989 by Doyon, Limited, the regional Native corporation for Interior Alaska. As the private foundation for Doyon, Limited, the Foundation serves the educational and cultural needs of Doyon's shareholders and their children by providing postsecondary scholarships, advancing traditional Native knowledge, and increasing Native student performance levels. In 2012, Doyon Foundation launched the Language Revitalization Program, a comprehensive, region-wide program to capture, preserve, share and perpetuate Athabascan languages. The need for the program is clear: According to the Alaska Native Language Center, there are less than 500 speakers of the nine Athabascan languages in the Doyon region, and most have fewer than 30 speakers.

There are nine Athabascan languages in the Doyon region: Benhti Kenaga' (Tanana), Deg Xinag, Denaakk'e (Koyukon), Denak'i (Upper Kuskokwim), Dinjii Zhuh K'yaa (Gwich'in), Han, Holikachuk, Tanacross, and Née' aaneegn' (Upper Tanana). The Doyon Foundation 7000 Partnership will initially focus on one or two of those and later extend to the remaining languages. Potentially the partnership could evolve to include additional Alaska Native languages.

BASA: Balinese Language Preservation Corp is a 501(c)(3) organization based in Washington, DC. Its mission is to bring together experts on Balinese language and culture to create the first multimedia language materials for spoken Balinese and the endangered Balinese script and to more generally promote the use and understanding of Balinese.

BASAbali's volunteer team of Balinese linguists, writers, actors, videographers and others are working to create courses, supplemental vocabulary, and general cultural information to help preserve and promote the Balinese culture and language. Transparent Language is very pleased to support this effort.

The ultimate goal of GIM is to produce language products that are so widely used that indigenous people develop a common speaking base. GIM hopes to see people getting together to study with their software products. As a nonprofit enterprise, GIM is set up to share, for the cost of training, their expertise in using this software with any indigenous nation that finds it useful. GIM has already seen some interest from other indigenous groups and hopes to get much more.

In this excerpt from a February 4, 2009 press release: Using Computers to Learn and Preserve Indigenous Languages, Transparent Language explains how it provided its software tools and training free of charge to the nonprofit organization Grassroots Indigenous Multimedia (GIM), founded by Mary Hermes and her husband Kevin. The organization's mission lies in developing curriculum materials especially designed to teach Ojibwe and other First Nation languages. Ojibwe is currently the third most widely taught indigenous language in North America after Navajo and Cherokee.

The Manitoba First Nations Education Resource Centre (MFNERC), established in 1999, was given a mandate by the Chiefs of Manitoba to provide second and third level education services to fifty-five First Nations schools in Manitoba. The MFNERC facilitates a community education process based on First Nations' needs, priorities, and education plans. The MFNERC is actively involved in promoting community development by providing training and coordinating opportunities for families and other community members.

As part of this effort, the MFNERC has worked with several First Nations groups to develop language-learning material for use in Transparent Language's Byki learning system. This effort has resulted in the publishing of Byki software programs for learning Cree, Dakota, and two dialects of Ojibwe. The programs are made available to First Nations schools and community groups in Manitoba by the MFNERC.