Home Free Language ResourceseBooks Around the World in 17 Recipes

Around the World in 17 Recipes

17 Mouth-Watering, Multi-Cultural Recipes to Bring the World into Your Kitchen 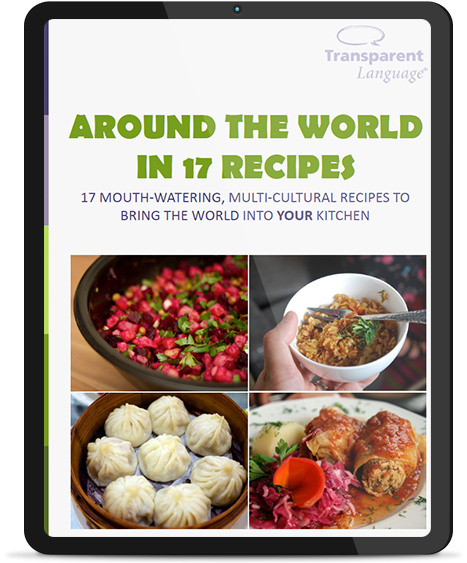 Get a taste of seventeen languages.

Behind every great recipe lies a story of the people who enjoy it and the culture that influenced it. In this eCookBook, we introduce your tongue to new tastes and new languages, with 17 bilingual recipes, presented in English and the target country's language. We hope you will find a new meal, and a new culture, to share next time you gather around the table. Bon appétit!

In this eCookBook, you will discover 17 new dishes from around the world, including their history and cultural significance, and of course the recipe itself. Dishes include:

After completing this form, you will receive an email with a link to the pdf.